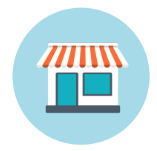 We have conducted many matters involving misleading and deceptive conduct under the Trade Practices Act, including Yorke v Lucas (1985) 158 CLR 661.

Yorke v Lucas was one of the first cases under s52 of the Trade Practices Act involving misrepresentation and is still a leading authority today. Stephen Haarsma conducted the matter and appeared as counsel at all stages including before the High Court of Australia.

The case involved the sale of a business by Treasureway Stores Pty Ltd to Miles and Sue Yorke. The business was sold to the Yorkes through an agent Ross Lucas Pty Ltd.

The Federal Court found that both Treasureway Stores Pty Ltd and the agent Ross Lucas Pty Ltd had engaged in conduct that was both misleading and deceptive under s52 of the Trade Practices Act by falsely representing the average weekly turnover of the business before the sale. This was despite the fact that there was no evidence that the agent (Ross Lucas Pty Ltd) had knowledge that the representations were false.

The Yorkes subsequently appealed to the Full Federal Court in relation to the finding that Ross Lucas the principal of Ross Lucas Pty Ltd was not involved in the contravention of s52 and therefore not liable in damages to the Yorkes.

The Full Federal Court dismissed the appeal and the Yorkes appealed to the High Court.

The High Court then considered whether for an individual to be “involved in a contravention” under s75B that person needed to have actual knowledge that the conduct was misleading or deceptive in breach of s52.

Under s75B to be involved in a contravention, a party must aid and abett, induce, be knowingly concerned in or conspire with others to give effect to the contravention.

As a result while Lucas, as principal for Ross Lucas Pty Ltd, acted as the agent for Treasureway Stores Pty Ltd and he personally made the representations in relation to the weekly turnover and gross profit to the Yorkes, he was not held to be liable under s75B as it had not been shown that he had any knowledge that the representations were false.

Need Someone to Guide you through the litigation process?